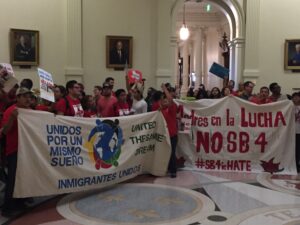 The Texas House and Senate passed SB4 after days of testimony and the legal objections of Representatives and Senators who challenged it on the floor of both chambers. Texas cannot afford to let SB4 go into effect in September 2017. 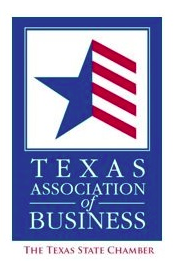 “… SB4 creates a perception that Texas is anti-immigrant or perhaps racist, which could chill efforts to recruit the brightest and best talent from across the world, causing companies to think twice – if at all – about relocating to the Lone Star State.”

Join Texas businesses who know that passing divisive legislation like SB4 will hurt our economy and future as an economic juggernaut that makes Texas a state among nations. Sign this letter and support a strong Texas economy:

Leaders from Texas’s faith, law enforcement, business, and advocacy communities have all denounced SB4 as unnecessary and potentially damaging to our state and its economy. Read their testimonies delivered to the Senate Committee on State Affairs:

Join us by signing this petition to demand Texas legislators stand on the right side of history and oppose anti-immigrant legislation like Senate Bill 4. After signing the United We Dream petition, call these senators and let them know why you oppose it and want them to oppose it as well.